Like many, I wait with fear, hope, anticipation, wishing for hope, on this Monday before the long awaited election. I voted weeks ago, dropped off my ballot, and tracked that it was accepted. Now, along with many many many others, I wonder what the landscape will be in months to come. I've kept my continued distance from the pundits, just checking in often enough to get a pulse, a sense of the projections, knowing that it is just a prediction, nothing certain, like the past umpteen months of the pandemic.

I don't like uncertainty. I'm a planner. But I can't plan for much these days since the messaging is constant--things are perhaps raging out of control. Cars with Trump supporters clogging up roadways, using their vehicles as potential weapons in future days of protest. My mind can create lots of nightmarish scenarios based on past events. People shot. Liberties curtailed. Madness making headlines. For now, I am not going there. Instead, I hold Obama's words closely, crying with hope when I watched him speak at one of Biden's rallies. Hope is a better place to be. At least for now.

I stay grateful for the small things, which are actually big things since they are my life. After two weeks of Nan having to be gone for five days a week to support healthcare software in Nebraska, we both are breathing a bit easier since she is able to work remotely for the last two weeks of the project. The area did not adhere strictly to mask wearing guidelines, and the positivity rates are soaring even higher there than back home here in Denver. We both keep close to home, limiting interactions, only enjoying some social company outside of ourselves and home when we can do it safely outdoors, which has been kind to me with temperatures in the high 60s and 70s recently. I even went for a long overdue run this morning.

And for the first time in so so many months, we ventured to something indoors--the Denver Art Museum to see the Mexican Modernism show. When I purchased our tickets, I planned ahead, carefully choosing a weekday morning, 9:10am (since 9am was sold out), hoping that it would be less crowded first thing, less infected with virus molecules floating around. And since Denver moved its dial to a more restrictive status, Level 3, the museum had to limit people even more, so we felt as safe as one can feel in a pandemic indoors in a public space. It was probably the first time I attended a major art exhibit and found myself alone (well with Nan) in an entire gallery room, able to hang out with the art without peering over someone's head. Nan and I reminisced about our several visits to Mexico City, the first one years ago to visit many of the Mexican murals. When we looked at photos of Casa Azul, we remembered our day there with our close friends, hanging out in the garden, taking in the history of these artists. A bit of normalcy? Perhaps, but I'm not even sure lately what to call normal since it feels like such a moving descriptor.

Like many, tomorrow evening will be spent watching what returns are in  announced, watching the map turn red, blue, red, blue. While I imagine I might not know much about the presidential race in terms of certainty when I go to bed, I will hopefully know about many local ballot measures which might impact me more immediately. And so, on this Monday, the day before, I wish all readers to send a bit of hope out into this broken world, even if that hope is difficult to muster. May you have good eats, drugs, alcohol, and company as the sun sets tomorrow on the cusp of not knowing what the next weeks will bring. 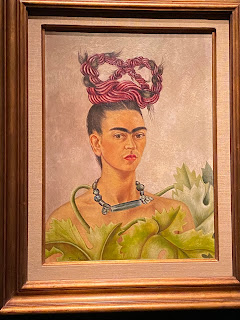 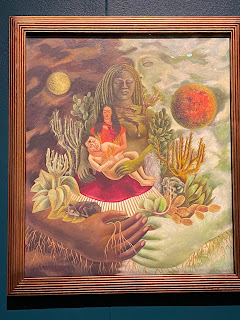