I watched a seal in Bullock Harbour barely lift his nose to sniff out whether the children had ceased clapping. And in the moments when he could only hear the wind, he would lift his head as if to check for clearance. I stayed back a bit, in the wind, lifting my head slightly, to catch a glimpse of the gulls keeping watch, careful to be sure the children had ceased clapping.

"Don't you want a picture on the bench with the harbour behind you," asks the father, holding the little boy's hand.

"No." He would rather clap a picture with the seal.

After they move past, the seal again lifts his nose for me, silent on the bench, listening for me in the wind. 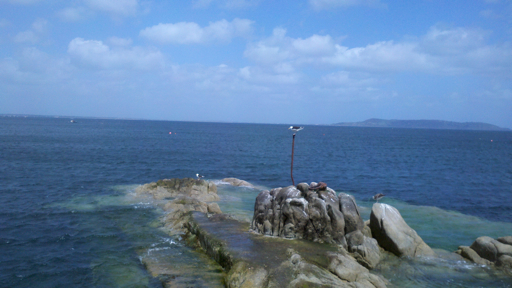